Doomsday Preppers! What do you think? Tell us this week!

By: Donna Miller, Host of Your Preparation Station on PRN 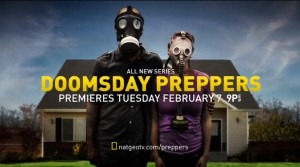 I’ll be having Alan Madison, the Executive Co-Producer return to my radio show in March. He bravely agreed to come back after the series has aired for a few times to hear from the prepper community. Thus WE will need to hear from YOU . So, what do you think?

So, BEFORE FEB 14 – Please go our new community Facebook Page – Your Preparation Station (you don’t have to be signed into FB to take the survey) and look for the survey. While you’re there – you may want to ‘LIKE’ the Community page so you can get the results of the surveys and find out when Alan returns to my radio show.

If you missed the radio show Alan agreed to do with me prior to the National Geographic’s Doomsday Preppers series began, you may like (and may not like) some of the answers Alan Madison gave us.

So listen and hear from the ‘horses mouth’ and find out things like:

You can here it streaming online any time here:
Your Preparation Station – Doomsday Prepper Interview

He shared some surprising information and even admitted to now having a ‘Go Bag’ …after starting the show!

This survey is for the first two episodes that aired back to back on the National Geographic Channel on Feb 7, 2012. The survey will close on Feb 14th and we will continue to ask for feedback….so please share input soon…it won’t take long.