Previous postAdventures with the Sun Oven
What Happens when Preppers meet up?Next post

Ron Paul is up in arms about this issue, as I believe we all should be.  The FDA has been telling us what we can eat and drink for far too long, and now they continue to push into our refrigerators limiting grass-fed cow’s milk just because it has not had been pasteurized (which also kills off  the beneficial digestive enzymes ).

How is it that we have a ‘free’ society that has a governmental agency dictating what we cannot drink? Foods with additives are approved, but not a natural product such as raw milk. Foods that are genetically modified, yet NOT LABELED as such, are given the stamp of approval (and often promoted) by the FDA as viable nutritional options, yet the quiet Dairy Farmers and unsuspecting customers are raided upon with loaded weapons and arrested.

How is this natural drink, that has been used by the homesteaders themselves for centuries, now contraband? Yet the allowance of many drugs, both over the counter and pharmaceutical grade, are quickly approved to market to the masses of this nation (but often then are revoked due to serious, deadly side affects after the damage has been done).

Why are we policed in some areas and lead by the nose in others?

Time to get me a dairy cow on my own land! 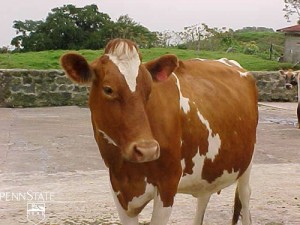